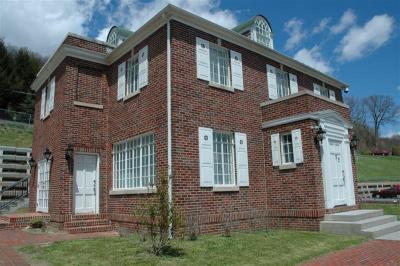 Bluefield State College will receive $68,000 for renovating Hatter Hall, the BSC Alumni House, on the campus of the College.  The grant award was announced by the National Park Service (NPS) as part of a $7.7 million grant to 18 projects in 12 states for preservation of historic structures on campuses at Historically Black Colleges and Universities (HBCUs).  Hatter Hall was chosen for inclusion in the National Register of Historic Places by NPS in 2010.

This grant enables us to launch the renovation of Hatter Hall,” noted Dr. Deirdre Guyton, BSC Office of Alumni Affairs Director.  “We are so grateful to the National Park Service for awarding us the finances to underwrite the cost of several much needed upgrades to Hatter Hall.”

“These grants help us to honor the legacy of HBCUs in serving our nation’s higher education needs,” noted National Park Service Deputy Director David Vela, exercising the authority of the Director.  The Historically Black Colleges and Universities grant program is funded by the Historic Preservation fund, and Administered by the National Park Service, Department of the Interior.

Hatter Hall is a brick Colonial Revival structure built in 1930, and named in honor of Hamilton Hatter, the first Principal/President of the College.  It served as the BSC President’s on-campus residence for many years, before evolving to the BSC Office of Alumni Affairs in recent years.