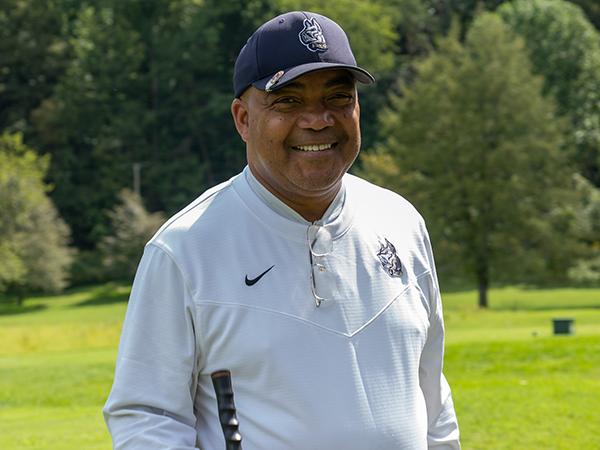 After serving for many years as a member and chair of Bluefield State’s Board of Governors, Moore and Bluefield State are making history once again.  He is now the first Chancellor in the 127-year history of the school.

“After years of significant and sustained decline, Bluefield State has been transformed,” he noted.  “There is now new life, new breath, and new energy at Bluefield State.”  He quickly points to evidence of the institution’s rebirth:  becoming a university, the restoration of student housing after a half-century absence, the marked improvement in BSU’s financial health, and the marked growth in student enrollment and diversity.

“We will engage with our diverse local, regional, and national population,” Moore explained.  “Bluefield State University is, by designation, a Historically Black College and University.  We haven’t used the diversity of our community enough.  With a minority population of 23%, Bluefield is the most diverse city per capita in the state of West Virginia.  We need to take our ‘HBCU-ness’ to another level.”

Moore looks to expand the circle of people who can help the institution.  “Bluefield State has graduated many people who can serve as intermediaries to reach other people of significant means, people with whom we can share the inspiring story of Bluefield State.  Their support and insight can really benefit the University.”

The former Bluefield mayor also looks to strengthen the relationship between BSU and the community.  “We are working hand-in-hand with the City,” he added, “and we will continue to expand the scope of that collaboration.”

The new Chancellor will work closely with BSU President Robin Capehart.  “Over the past three years, Bluefield State University has done some amazing things,” Moore said.  “We can never be satisfied with where we are.  We arrived at this point because we had a vision.  Now we must accept the next challenge—the challenge to excel.”

“This job, chancellor, requires imagination and faith.  While appreciating the University’s progress, we must look at what we haven’t done and ask “Why not.’”