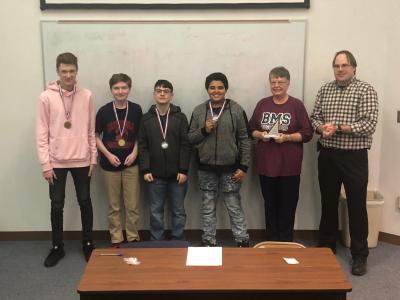 Anthony Undersood, BSC's Chief Admissions Counselor, announced at the MATHCOUNTS award program that each of the top ten students in the individual competition, along with members of the top team finishers, would receive a $500 scholarship to attend Bluefield State College. The BSC Admissions staff assisted with hosting the event.