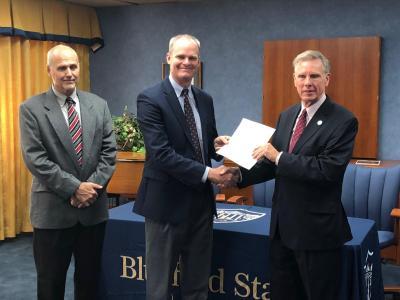 The property will be repurposed as a parking lot for BSC students.  The signing ceremony on the Bluefield State campus comes as site preparation work is transforming the Harris-Jefferson Student Center south parking lot for construction of Heritage Village.  The project, when completed, will mark the return of student housing to the College’s campus for the first time in more than a half-century.