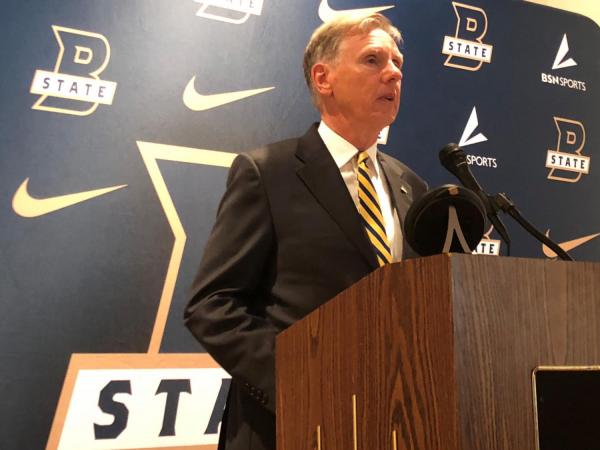 Bluefield State College Robin Capehart recently delivered the State of the College address to an in-person audience in the Hebert Gallery/Student Center and to a virtual audience online. Since Capehart's arrival at BSC in 2019, the College has reversed a significant enrollment decline and is now the fastest growing public college in West Virginia.

New student housing and 13 new sports have been added, with BSC welcoming residential students to its campus this semester for the first time in 52 years. BSC is also celebrating the return of football to the campus this fall, following a 42-year absence.

The BSC President noted that the College's financial condition has improved markedly since 2019, fund raising has grown substantially, and last week, the College welcomed the largest freshman class (597 students) in the school's history. The BSC student body is much more diverse than it was three years ago, he observed, and the enrollment of minority and African-American students has risen from 3% three years ago to nearly 22% today.

“Over two years ago, we set sail on a new course, leaving behind on the shore—apathy, despair, and discouragement,” Capehart noted in his closing comments.  “There’ll be plenty of intimidating storms and rough currents ahead—but we must move forward with courage an determination to take on these storms and advance toward a new horizon.”